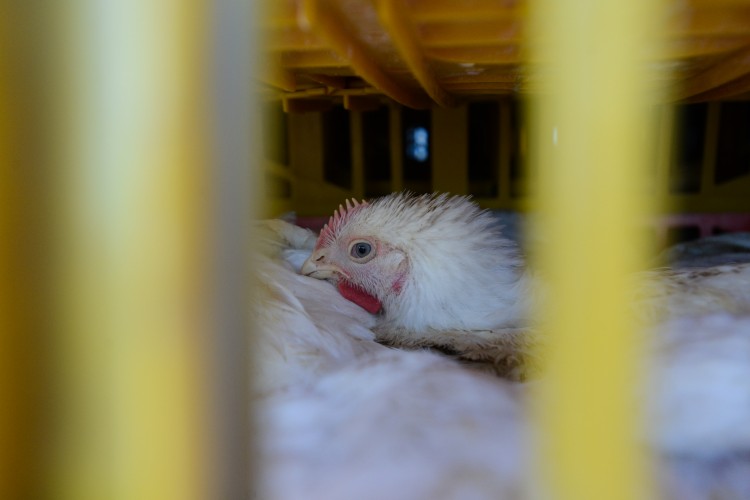 The regulations allow animals to be transported without food, water or rest for:

Farm animals are transported in extreme heat and cold in Canada. The new transportation laws do not require trucks be maintained at a certain temperature or that amenities, such as on-board food, water or fans, be used.

The new regulations also allow transporters to continue to use electric prods on farm animals.

Want to know more about the new regulations? You can find a detailed summary here. 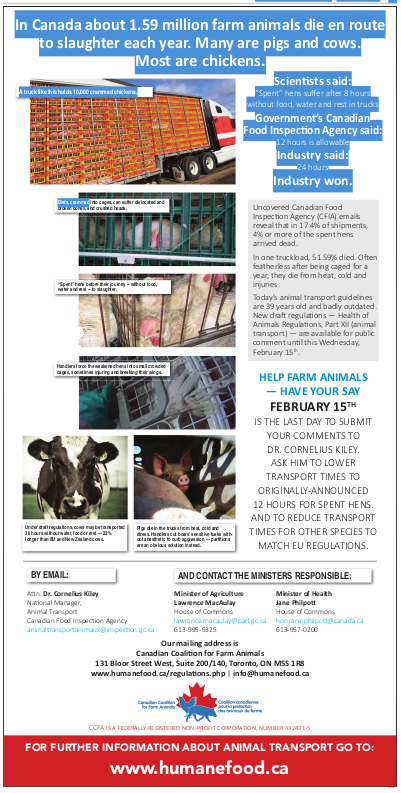 In February 2017, the Canadian Coalition for Farm Animals published this full-page ad in the Ottawa Citizen [PDF]

The Globe article was based on documents obtained by the Canadian Coalition for Farm Animals through Access to Information and Privacy legislation.

Documents recently obtained through Access to Information requests show the CFIA did very few highway inspections of vehicles transporting animals in 2016 and 2017 and none in Ontario, Manitoba, Quebec, Nova Scotia and Newfoundland. Read the full report.

In January 2019, Stephanie Brown from the Canadian Coalition for Farm Animals and Lesley Moffat from Eyes on Animals in Amsterdam visited a Quebec auction market. They saw overcrowded pens, aggressive handlers, slippery floors and terrified animals. Watch the video on YouTube.