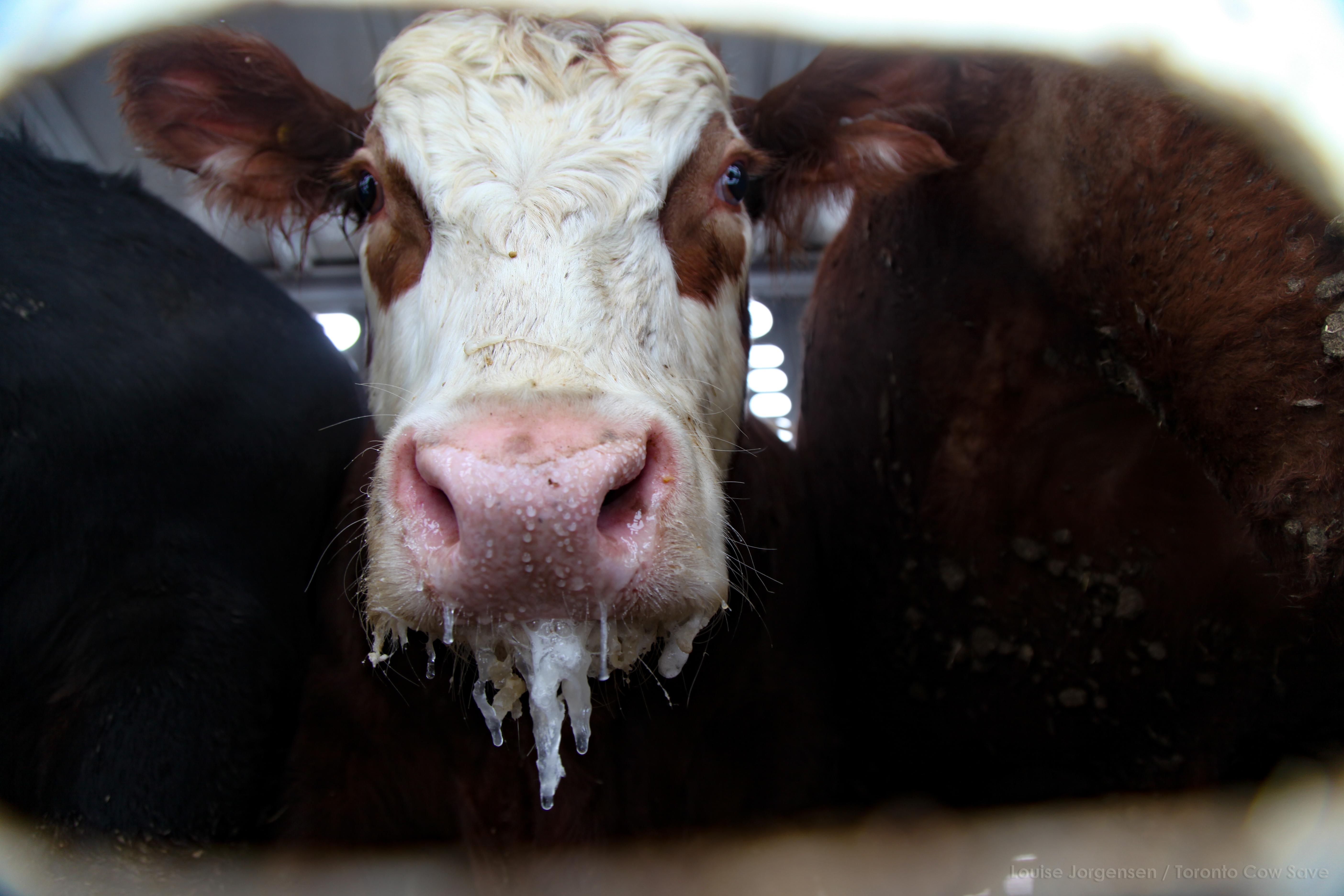 After the draft transportation regulations were introduced in December 2016, there was a 75-day comment period for the public, industry and organizations. The government received more than 50,000 comments, 92% of which were from animal welfare advocates. The Consultation section of the new regulations reveals that these comments were dismissed as "form letters or similar letters" and only 817 comments were identified as "unique" and separate from "welfare campaigns."

The new regulations were introduced in February 2019. They will come into effect in early 2020.

Below, we've listed a few areas where the regulations fall short.

The transportation of young, ill, compromised and injured animals

Livestock and deer that are eight days old or less can still be transported for up to 12 hours, as long as they are loaded and unloaded individually.

Compromised animals can continue to be loaded for care or slaughter. Compromised animals includes animals "in peak lactation," blind in both eyes, not fully healed after a procedure, with a "minor rectal or minor vaginal prolapse," etc. This is distinct from unfit animals (lame, dying, signs of a fever, etc.), who are not allowed to be loaded.

Lactating animals will no longer be required to be milked every 12 hours. Instead, it's left up to the handler's discretion when to milk them.

Transportation without food, water or rest

The regulations allow animals to be transported without food, water or rest for:

In certain circumstances, transporters may be allowed an extra four hours without providing food and rest, as long as they provide water.

The use of prods

A prod, whip or other driving device is allowed, so long as it's not "likely to cause suffering, injury or death."

Electric prods are allowed on cattle and pigs that are at least three months old but cannot be used on sensitive areas, such as the face, anus and genitals.

Transportation in extreme heat and cold

The regulations stipulate that "animals should not be loaded if likely to suffer, sustain an injury ... due to ... environmental conditions," but there is no requirement that trucks be kept at a specific temperature or that trucks be equipped with heating, insulation or ventilation. Instead, it's left up to the discretion of the handlers whether it's safe to transport animals, as it was in the old regulations. We know thousands of animals regularly suffer and die in transport trucks that lack the amenities to protect them.

The regulations require that animals be allowed to lie down without lying on top of other animals, but again, handlers are not told how many animals to fit into a truck. Instead, it's left up to his or her discretion.

The regulations allow pigs to be loaded using a ramp with a 20-degree incline, which researchers have found is stressful for pigs.

Transportation of horses to Japan

A few thousand horses are shipped from Canada to Japan, where they are slaughtered, every year. They are packed into wooden crates, two to four horses per crate and put into airplanes. They remain in their crates until they land in Japan, up to 26 hours later. Overcrowding results in injuries; if a horse falls, he is at great risk of being trampled by other horses. Canada has no jurisdiction over the welfare of these horses once they land in Japan.

Two sections from the previous animal transport regulations were deleted in the revised regulations, namely Sections 141.8 and 142(a). These two regulations have not been adhered to previously by the Canadian export horse slaughter industry. The two deleted standards are:


These two (now deleted) requirements apply to the export of large draft horses for slaughter in Japan, where up to four large animals are shipped together in an undersized crate, with inadequate head room.

In an apparent bid to respond to this inappropriate, yet ongoing issue, the revised regs now no longer address export and shipping methods for these large horses. This is a serious omission because the horses do not have proper headroom. The current, ongoing transport methods for these slaughter horses are inadequate.

As well, Canada's current export system of these large draft horses to Japan does not meet the International Air Transport Association (IATA) standards, as noted in Section 148.1.

The new regulation, 150 (5), states animals should be transported in a container that meets requirements of IATA, yet Canada's current export of draft horses do not meet those requirements. A lawsuit on this matter is before the courts in Vancouver, as of April 2019.